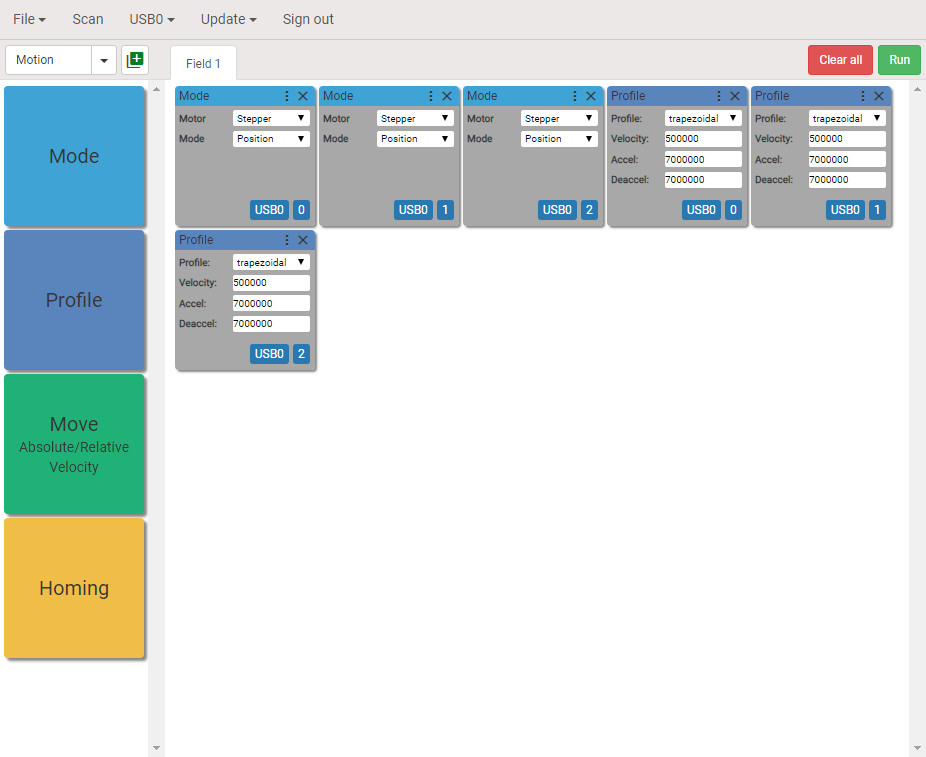 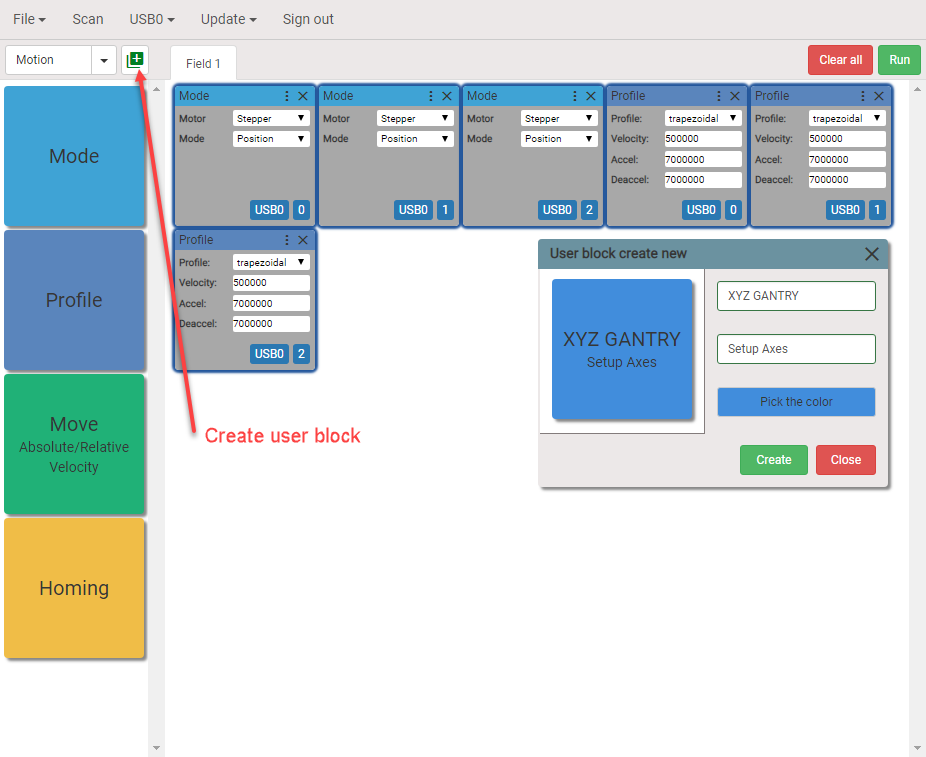 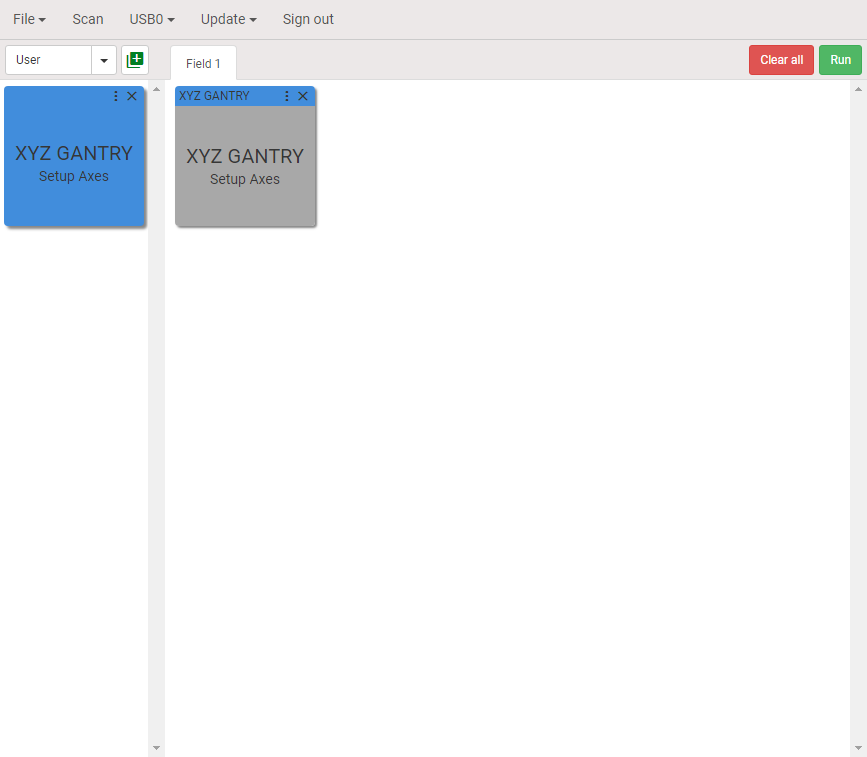 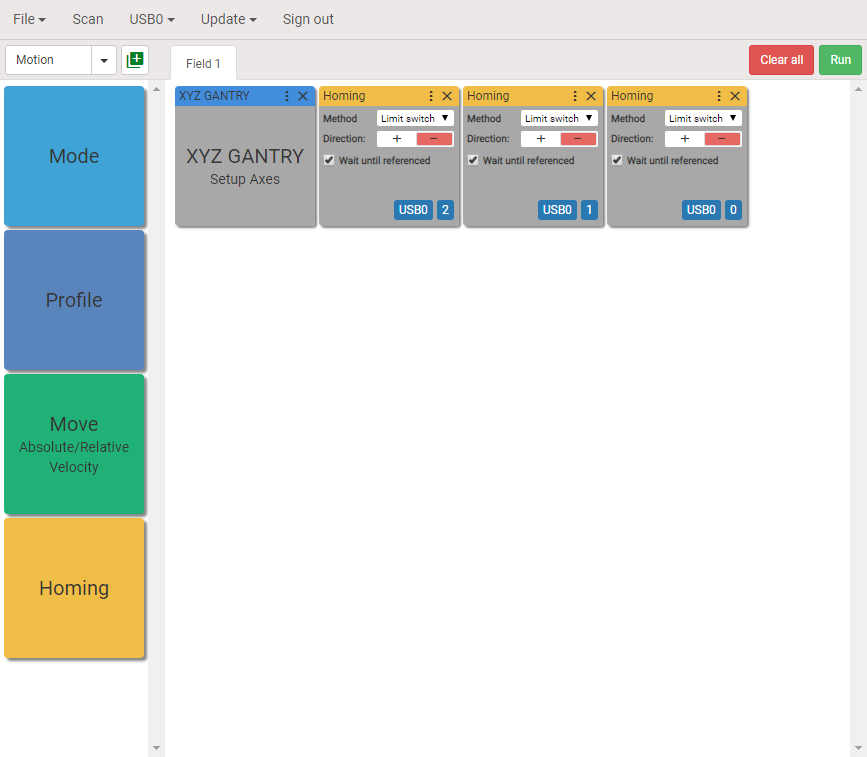 Setting the reference point for an array​

Step 5. Move to the reference point.​

Set the reference position for an array. Drag and drop three Move blocks onto the visual programming workspace. Configure them as shown below. 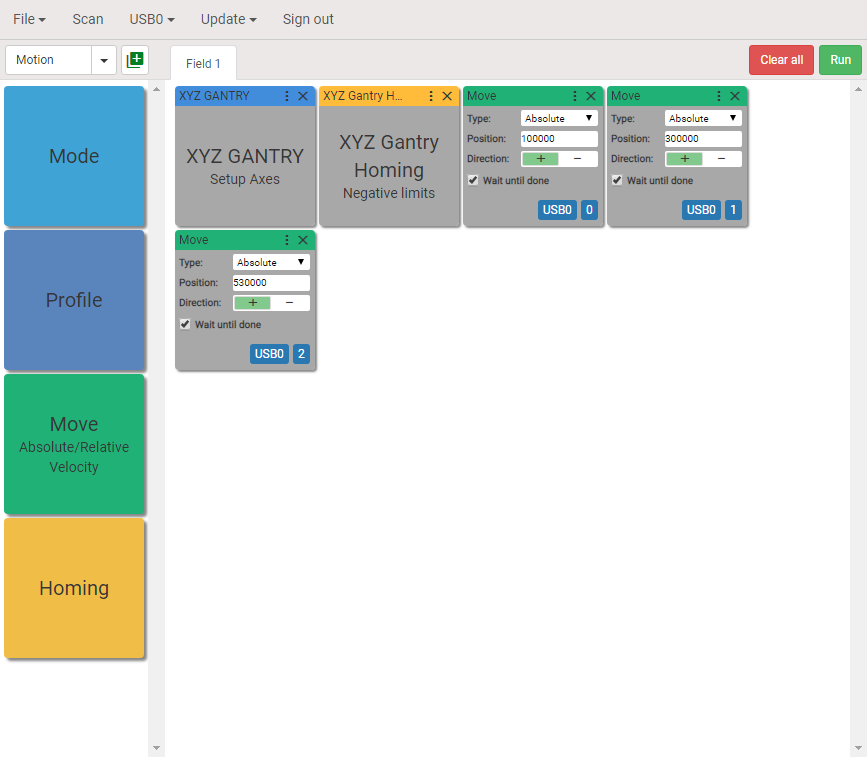 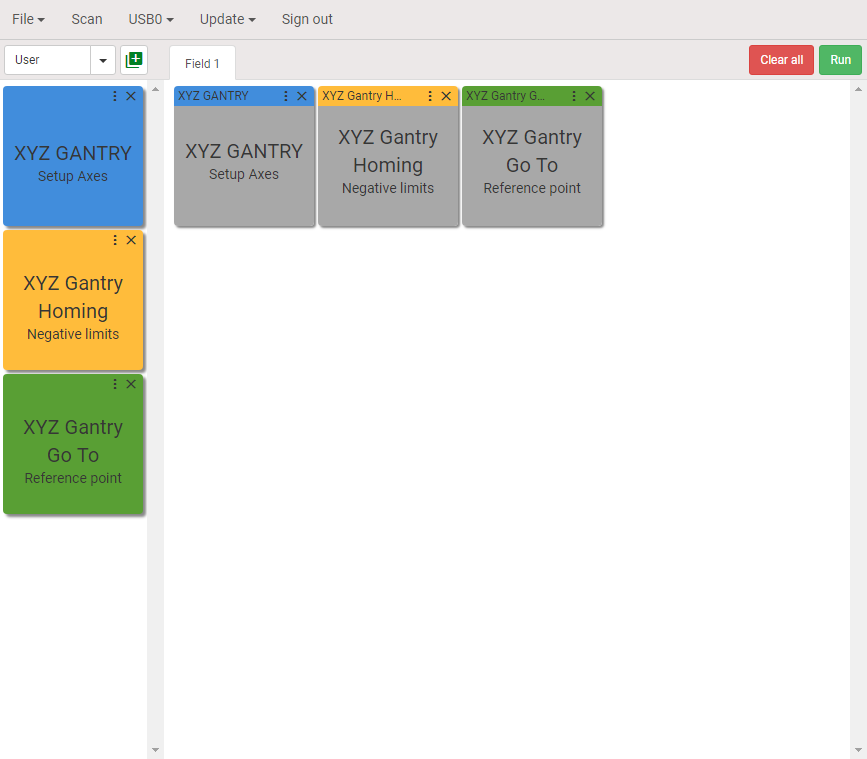 Drag and drop three Homing blocks onto the visual programming workspace and configure the blocks as shown below. 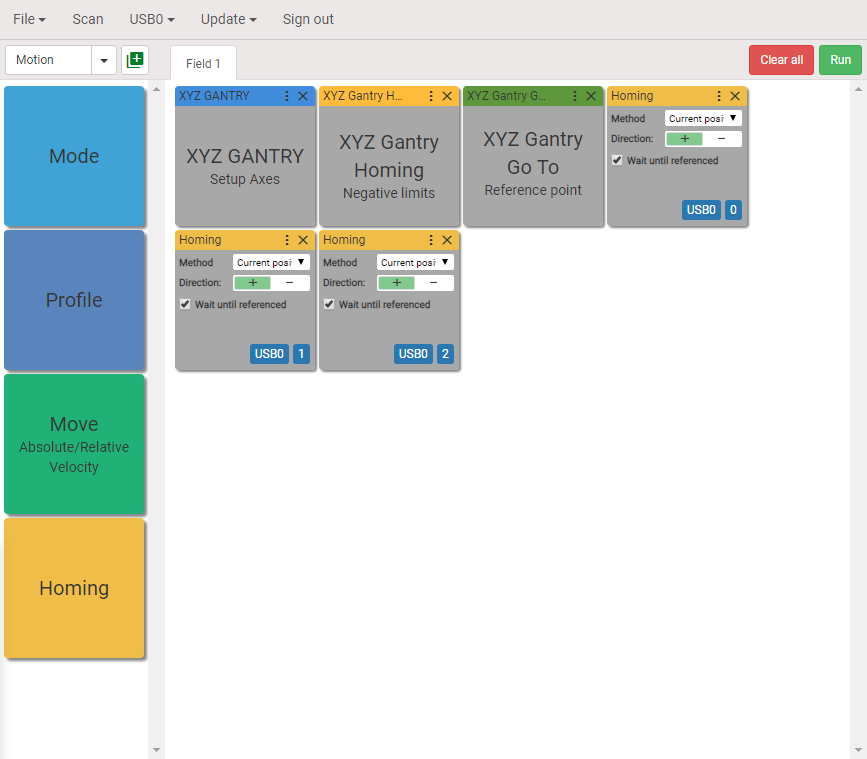 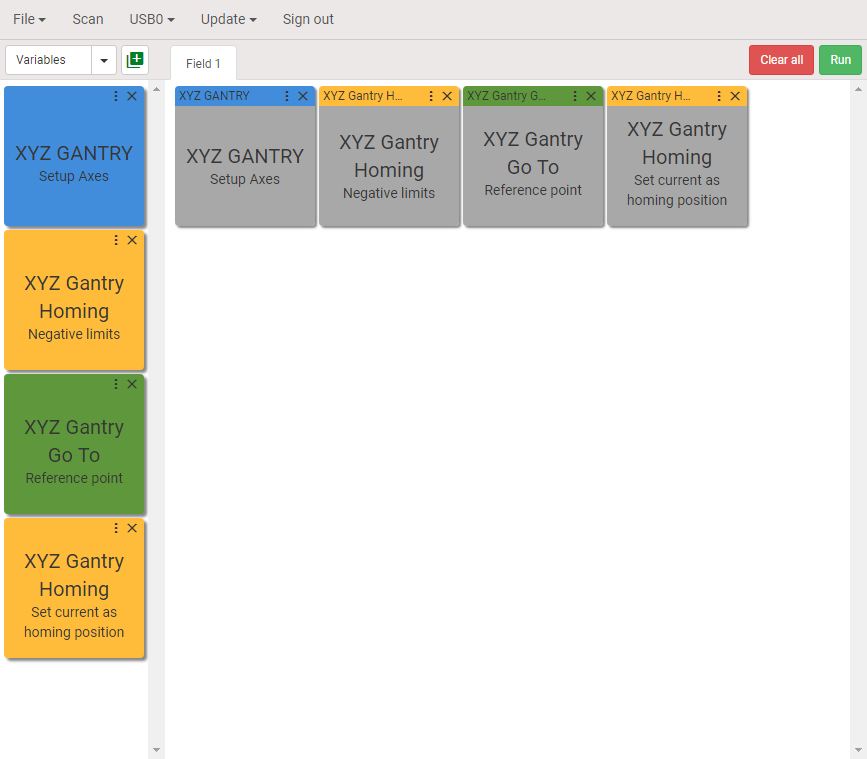 Our goal is moving the marker from point to point and draw the dots. We will create an array of points with X and Y coordinates.

Drag and drop Array and End Array blocks onto the visual programming workspace and configure them as shown below. 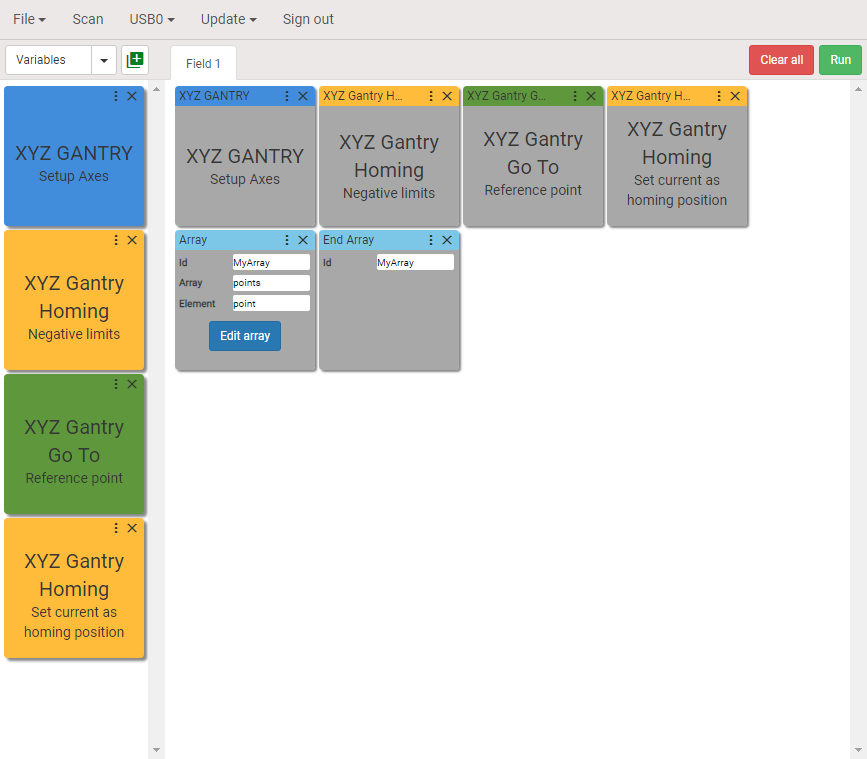 There is only one point now with coordinates {X: 0, Y: 0} in the table. We are going to create an array 5x4. The distance between the points along X and Y axes is 300000 counts. The marker will be moving at first (four points) from point to point along axis Y in positive direction, then doing shift along axis X by 300000 counts in positive direction to the next row of points and moving backward along the axis Y in negative direction. The marker will move so through each row until all points in the array are performed.

Additionally we will add a property called Delay to each point in the array. Delay is a time in [ms] the marker will wait for when it touches the surface of the paper. Just notice that you can add whatever property you want to the elements of the array and use this property in any appropriate block between the Array and End Array blocks. 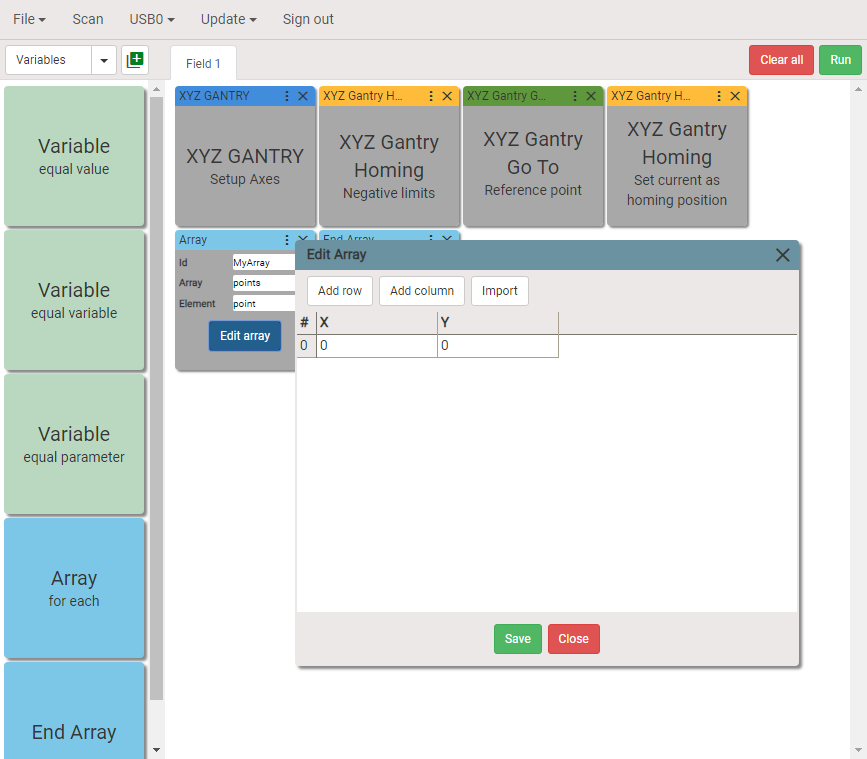 Below is table with points. 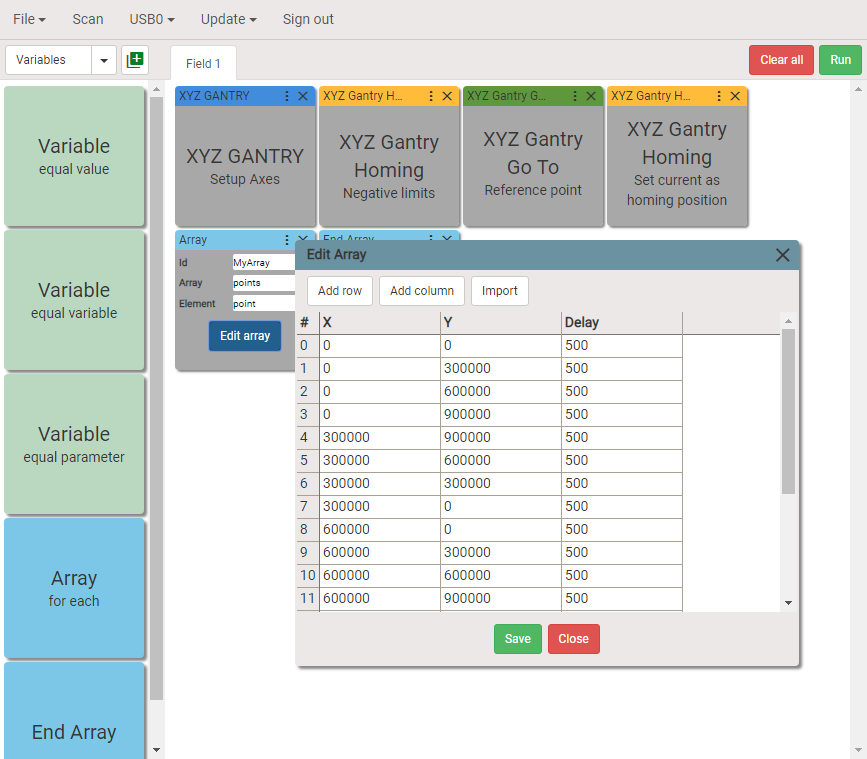 Click Save button to save points into the Array block.

Adding motion between the Array and End Array blocks​

Add two Move blocks as shown below. Type "point.Y" and "point.X" (in double quotes) into the position fields. What does it mean? Look at Array block. The field Element has value point, it means that every row in the table is accessible as point. We have to use the following format to get value of columns: 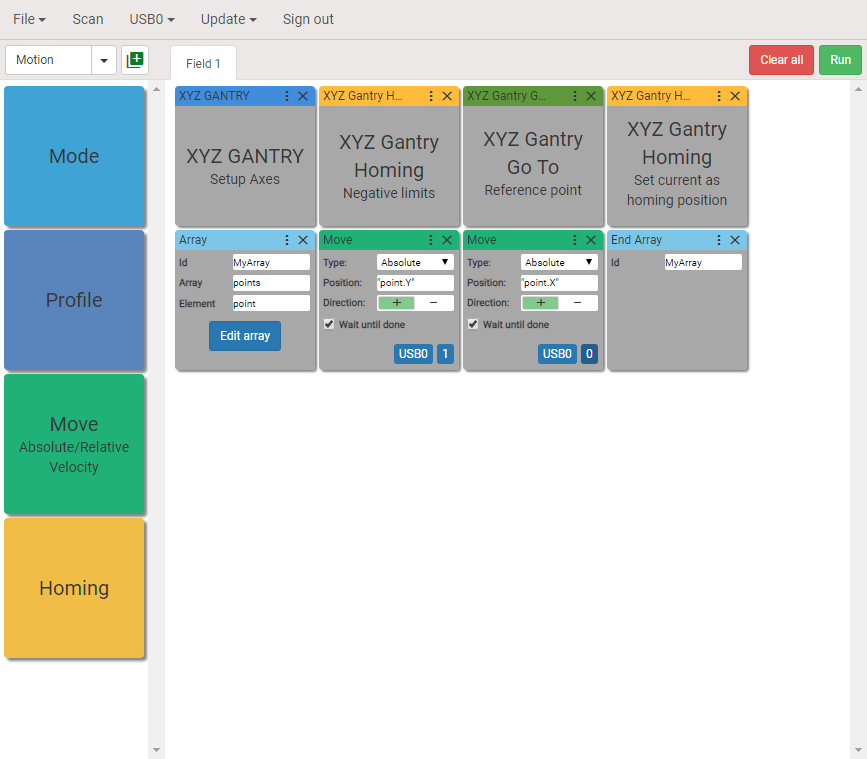 Add and configure another blocks as shown below. What will happen here?

We suppose that there are 100000 counts between the surface of paper and the marker at its starting position. 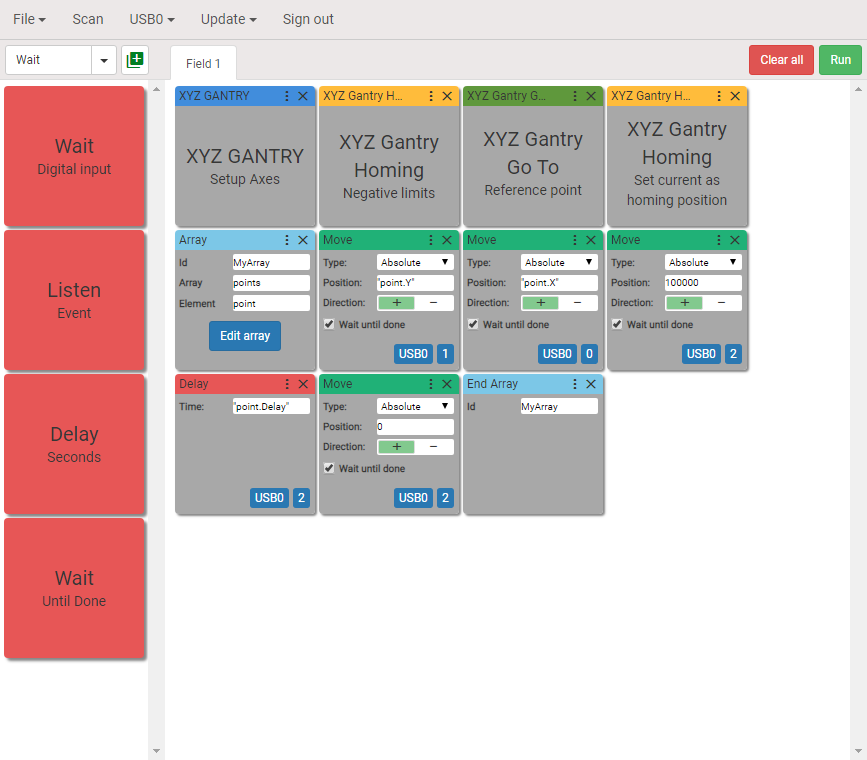 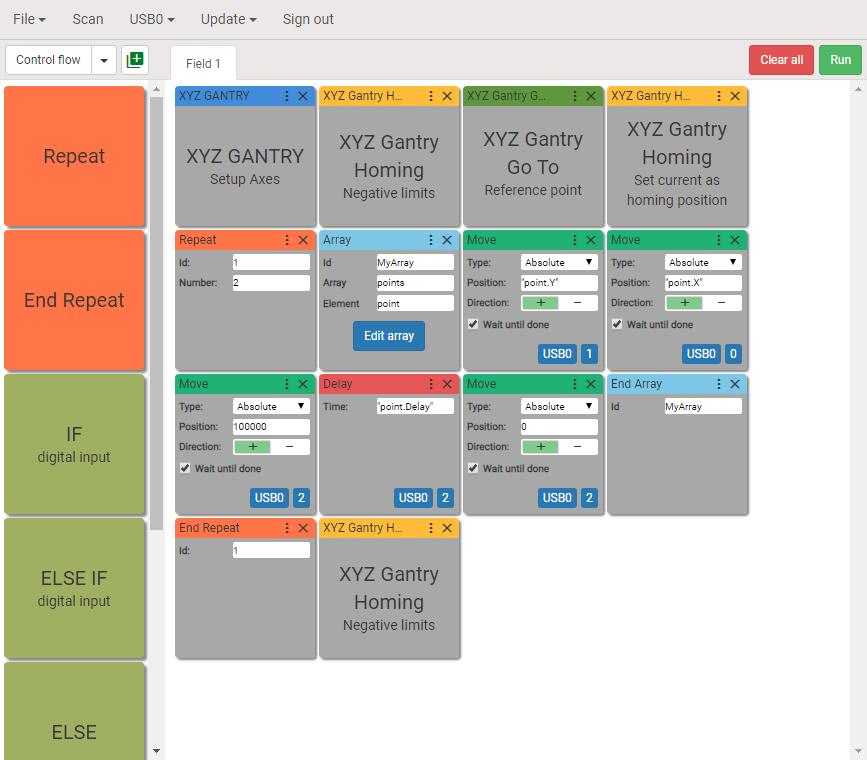 We Done! Thank you.